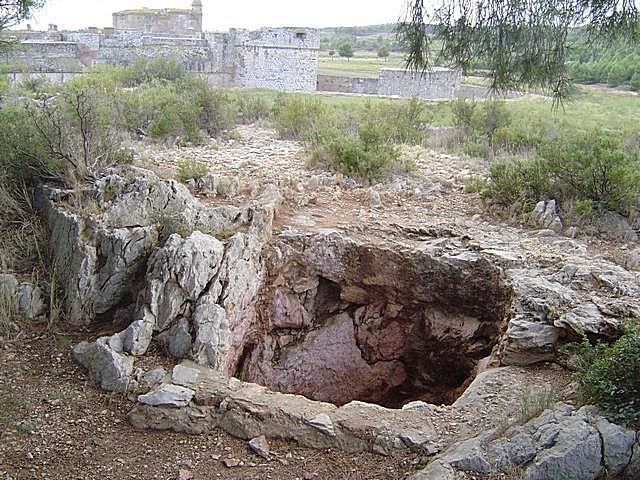 Duingt is a small city located at 12km in the South of Annecy and at 30km in the North-East of Albertville.

On the lake, near the road,  a curious "building" is in front of me. What is it ?

Normally, it is a medieval castle on a island. This construction has 2 names :

To discover this construction, i was obliged to walk in a small path and i was surprise to see a beautiful castle.  It seem to be small but around there are 3 curtains to protect the "house of lord". There are not height now, but imagine them 500 years ago.

Have you seen the big rounded keep with the crenelation ?

This castle is private. It is not possible to visit inside. Châtillon sur Chalaronne is a city located at 24km in the South-West of Bourg en Bresse and at 20km in the North-East of Villefranche sur Saône.

As much of fortifications of the Middle Ages, the castle of Châtillon is posed on a small hill, but with all trees, it is hidden.

The first pleasure with a ruined fortification is to see the outside and the hight wall. The general form is a quadrangular curtain protected on the angles by rounded towers.

All wall have some rounded tower. There are a lot of openings on wall for bow and gun.

Have you seen the red bricks ?  For a French-knight who lives in Mountain, the color is not "normal", grey ou white stone is the color of "my" Alpine castle.

At the end of 12th century, all square turns had been replaced by a rounded tower, Imagine my surprise I see this. Why the Count of Savoy had leaved this ?

The only explanation is that this tower had another function.... But which?

Here it is, with its semicircular arch. After the destruction of the castle at the 16th century, carries, bridge, harrow, defense disappeared and it is only the phantom of the entry which awaits me.

While entering, it is the shock !

.... For a medieval castle, it is a large fortification !

With the heat day of spring, the shade of trees is good to dream..... Imagine : Soldiers, Count of Savoy, horses etc...


History of the castle: 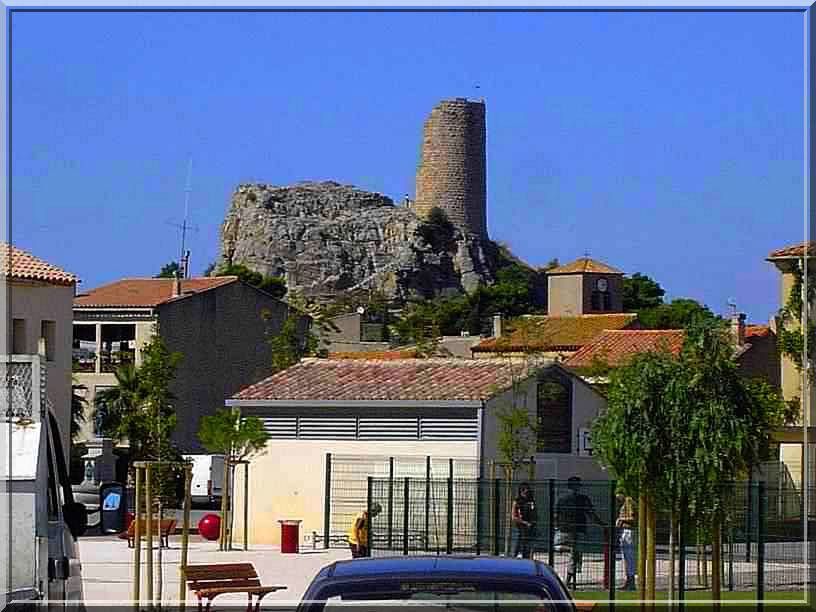 The symbol of medieval fortification is the castle, but some little towns have not the chance to be protect by a strong castle. One of the solution is to built a forified church.
Here is a exemple of this kind of fortification.

The small town of Nouvion sur Meuse is located  between Sedan and Charlevilles Mézière. (Where is this church ?).

Description of the church :
Outside

As like the other churches in France, this construction is near the downtown. My special dictionary of fortifications has a little text to explain this church, but i am surprised that it seems to be "normal".

The bell-tower has certainly to be used as turn to see ennemies, but no fortification is front of me.

It is while approaching that I see a door with a small machicolation over.
I think :  "It is a minimal construction against attack" ... ans suddenly, i see an other machicolation.

On the back, there is a surprise. This small building is like a little tower (a refuge ?). The angle is made with some big ashlars and built with quality. Have you seen the different stone between wall and angle ?

My "medieval eyes of knight"

have remarked a lot of holes on the wall. It is for medieval guns. I imagine there were built on 15th century.
It is really a beautiful construction of defensive hole.

After 30 minutes to look this church i think : "All feudal constructions are often interesting !"

Published by French Knight - in Champagne Ardennes
write a comment … The small village of Laval is located at 30km on North-Est of Grenoble and at 5km on the South of Brignoud. (Where is this tower ?).

I imagine you think : "Why the French-Knight give us an article of a small tower not important ?".

My response is : "This tower is perhaps the oldest medieval  construction in province of Dauphinée. you must know this incredible tower !"

Name of this tower

This construction has 3 names in all books : On the small parking at the bottom of Laval, i can see the tower on the hill. After 10 minutes of trekking, i am in front of the "marvelous" medieval construction. It is a square tower made with primitive ashlars. I imagine there is a wooden wall walk around.

It is a good position to built a watchtower.
On the South, it is possible to see the path thought the Alpine mountain ( A old iron mine is marked on my map).
On the West, the tower see the big city Grenoble, where the "prince "of Dauphinée (the true name is Dauphin) has lived sometimes.
On the east side, it possible to spy the old enemies : The Savoy men. And also  look at the river named "Isère" where some boats can be.

Why is it an old tower ?
1- Because it is a square form.
2- And it has a small arrow-loop.
3- And no battlement or machicolation.

One side has 3 holes. This on the bottom is not a medieval door. It was created to transform this tower to a cellar. It the moment to see inside

This tower is not a residence. There are no comfort, no fireplace.